After the first of several Battle Level Bundles went live on June 24, The International 10 Battle Pass had an explosion in sales, surging past the $20 million mark in record time.

The race for the highest prize pool in esports history went from being a tight race to TI10 having a massive lead heading into July. It hit the $20 million mark a full 19 days ahead of last year’s Battle Pass—and more than 30 days ahead of 2018, too. 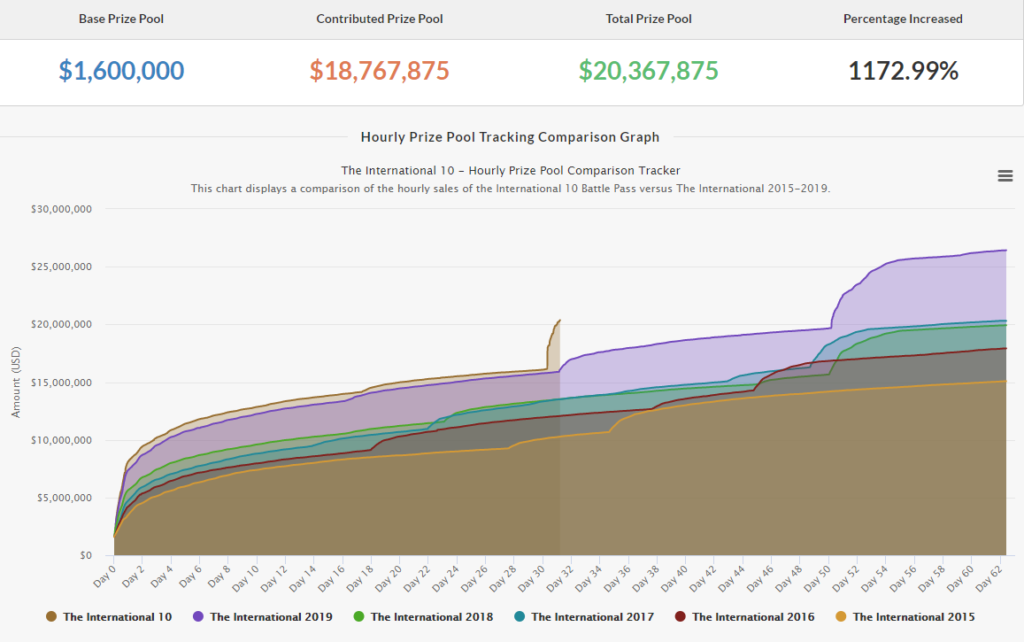 Right now, if the Battle Pass levels out and just follows 2019’s pace, the prize pool is set to break $37 million at a minimum, with $40 million being within striking distance.

Valve has already beaten its 2019 battle plan to the punch, seeing a massive spike heading into June instead of in July. If the developers continue to release new content, including the next Battle Level Bundle and Immortal Treasure collections at a steady pace, there should be nothing stopping TI10 from smashing the $34,330,068 record.